A brief chat about tit-for-tatters 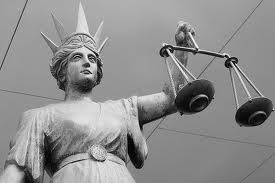 Q: You actually seen some of these flag demonstrators/rioters in action?

A: No, but I’ve read reports about their actions - and the response of politicians. And of course there are the telly reports.

Q: So the media are keeping you posted on what’s happening?

A: Well, last night on RTÉ News there were clips of rioters pelting the cops and Tommie Gorman came on at the end with a sum-up commentary.

A: Well I don’t recall the exact wording but I think he talked about ‘two tribes’ and about how there was a lack of sensitivity on either side.

Q: Is that a fact. And what was your response?

Q: Did you accept the report in its entirety?

A: But of course. Why? Are  you suggesting someone in RTÉ is telling lies?

Q: No, no, no. It’s just I'm a bit uneasy with that part about the two tribes and the lack of sensitivity on both sides.

Q: So assuming the two sides you refer to are the unionists/loyalists and the republicans/nationalists, they’re equally guilty of creating this particular mess?

A: Well yes. The republicans/nationalist (plus Alliance, of course) tore the flag down and the unionists/loyalists responded.

Q: So a democratic decision by Belfast City Council to fly the flag on 17 specific occasions each year, including the queen’s birthday,  is equivalent to burning cars, stoning police, issuing death threats?

A: But -  Oh my God,  I’ve just realised I’m late for an appointment at my local Brain salon.

Q: Are you getting much done?

A: It is. And it’s so much easier than hurting your head thinking for yourself.
Posted by Jude Collins at 11:58:00 am